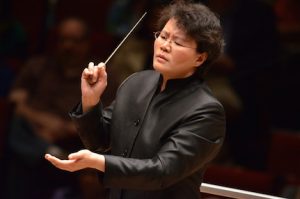 In May 2014 Michael’s concerto for guzheng and orchestra (“Identity: Zhongshan Zhuang”, co-written with Victor Cheng) continued its concert tour of the United States with two performances by the renowned Chicago Sinfonietta, under the baton of maestro Mei-Ann Chen. Guzheng virtuoso Su Chang returned as soloist. The concerto was programmed alongside a number of other orchestral works with European and Far Eastern folk music influences.

Audiences were enthusiastic during both performances in Naperville and Symphony Center in downtown Chicago, breaking into applause even between movements.

From the Chicago Tribune Local (Aurora): “It was unforgettable and made me fall in love with this beautiful instrument and with such touching Chinese music. The combination of a modern symphonic orchestra and an ancient Chinese instrument sounded so unique … [it] should be presented to more and more audiences in the world” 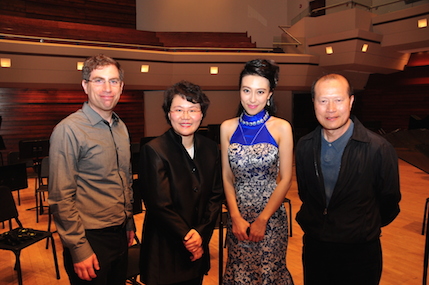