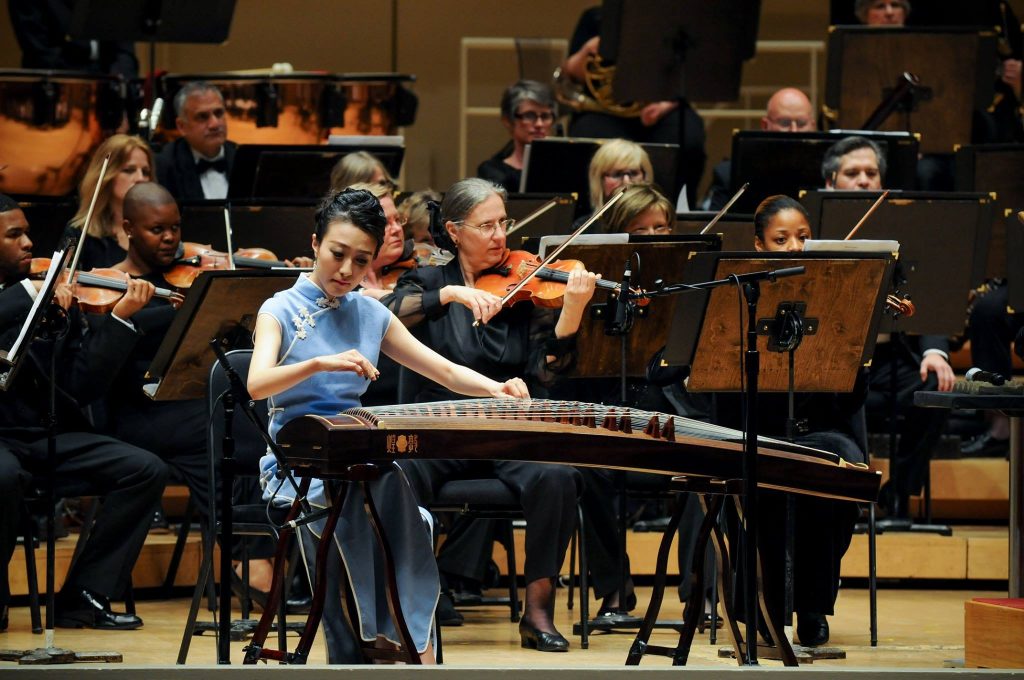 I’m very pleased that the Identity guzheng concerto will be performed by the China National Symphony Orchestra on November 13th in Beijing. The concerto will be included with a handful of other pieces for a concert celebrating the 150th birthday of Sun Yat-Sen. The CNSO had previously performed the concerto in 2011.

To use the piece’s full name, Identity: Zhongshan Zhuang is a concerto for guzheng and orchestra that I wrote with Chinese producer/composer Victor Cheng. Since 2010 we’ve been fortunate enough to see it performed many times both in the United States and China, including by prestigious ensembles like the San Francisco Symphony and Chicago Sinfonietta.

Guzheng virtuoso Su Chang has been our soloist since the very first performance, and she’ll be returning once again for this concert.

If you’d like to hear the piece or are just curious what a guzheng sounds like, you can find the album on Amazon or iTunes. (It also appears to be available for streaming via Apple Music, but I can’t figure out how to link to it.)