My first feature film project, Live Long, Drink Juice was an indy comedy about a slacker suburbanite who confesses to a crime he didn’t commit, on the premise that life in prison will be easier than in the real world.

The music was an assortment of acoustic pop styles: blues, jazz, R&B, rock, and folk pop. Session time was tight, and often the players had to lock down cues they’d never before seen on the first or second take. There was no mix — we recorded straight to the two-track master. (This is my “when I was your age…” story.) 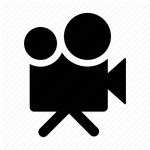