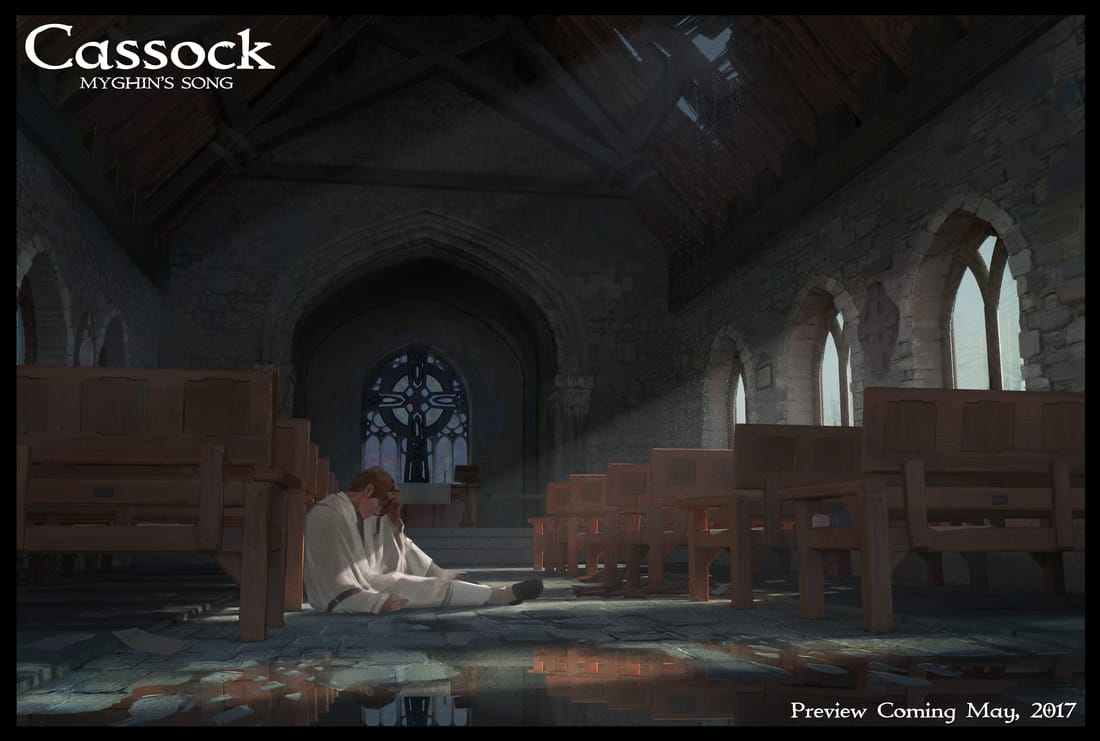 An in-progress project. Cassock, set in early 20th-century Ireland, draws inspiration from Celtic folklore and Lovecraftian horror. The player takes the reins of the residents of the small town of Kilmhun to uncover the threats to their village and what implications lie beneath.

I am currently writing a vocal song for this title, drawing from traditions in Irish folk music. Composition of the underscore is slated for later this year.

I’m thrilled to have had a chance to collaborate with London-based vocalist Eurielle, who performed both English and Irish Gaelic versions of the title song.