PROJECTS / THEATER / A Feast of Snacks 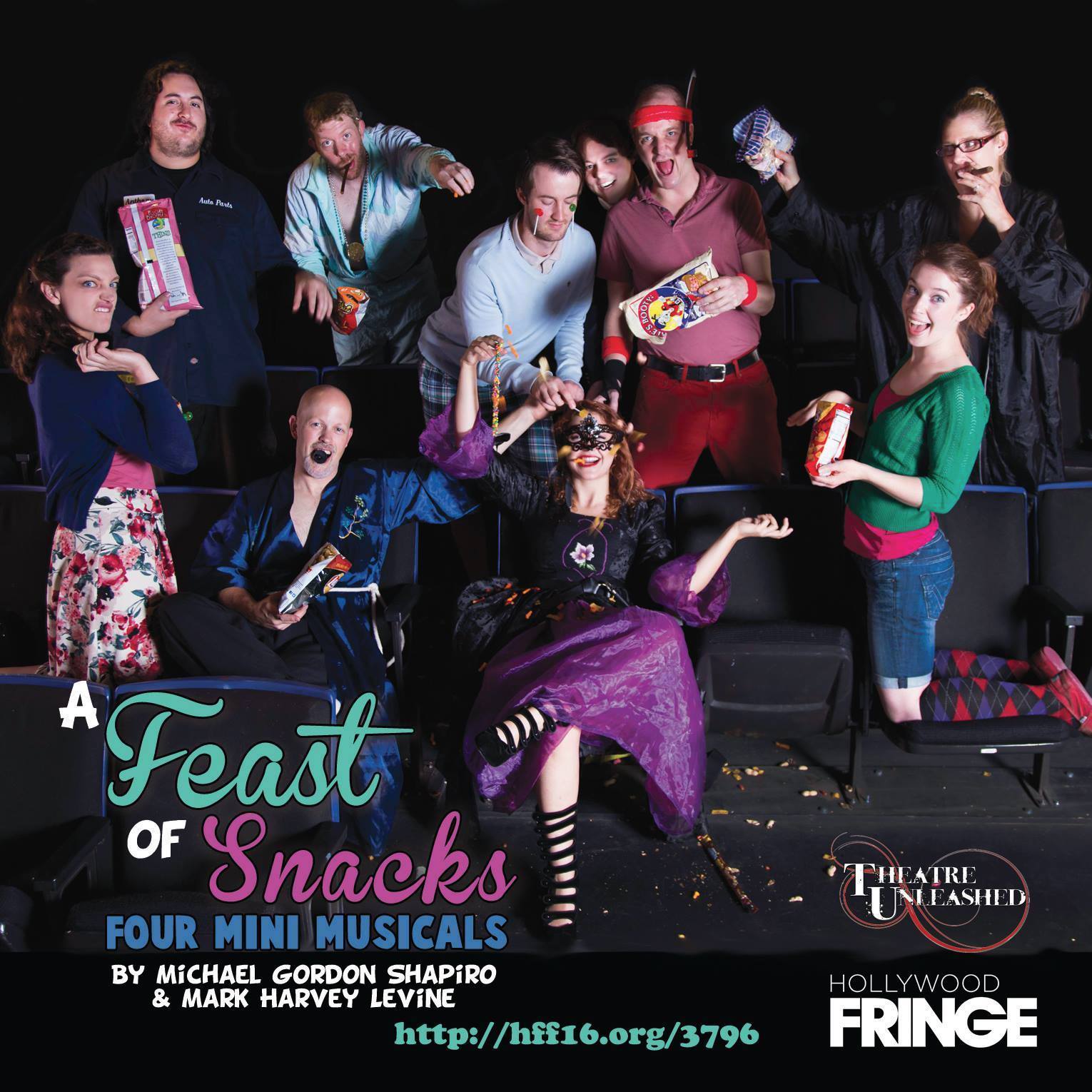 A Feast of Snacks

Pirates! Rockstar mini-golfers! Well-intended stalkers! A Feast of Snacks is a collection of short musicals comedies on a variety of far-fetched subjects, each between ten and fifteen minutes in duration.

The short musicals that make up A Feast of Snacks have been individually performed dozens of times around the world, sometimes picking up awards along the way.

As an anthology, Feast made its world premiere in London at the King’s Head Theatre in 2011. Subsequent productions entertained audiences in Abilene TX, North Hollywood, Cincinatti, and the 2016 Hollywood Fringe Festival, where the show was nominated for Best Musical.

For more information visit the A Feast of Snacks website. 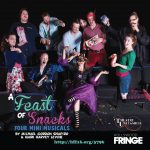 Seafaring Weather // A Feast of Snacks