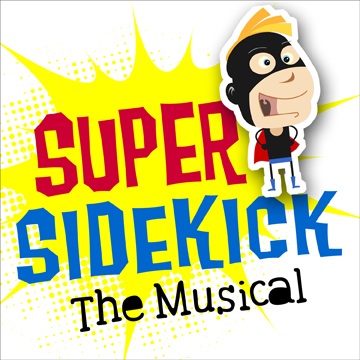 Super Sidekick: The Musical, with book by Gregory Crafts and music and lyrics by Michael Gordon Shapiro, has earned a number of accolades and positive reviews at the 2012 New York Fringe Festival. Some honors include a Critic’s Pick designation by New York Magazine, and a glowing review from NYTheatre.com .

The music was also one a small number of shows to be granted a one-month extension in the Fringe Encores series, and was the only children’s show to do so in the festival’s history.

Super Sidekick: The Musical will be included in the fall 2012 catalog from stage publisher Samuel French.