Michael has begun work on a new orchestral concert piece for Hanyi Productions. 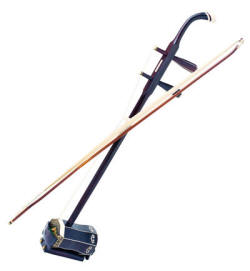 The work will combine a traditional Western symphony with a soloist playing an erhu, a two-stringed Chinese bowed folk instrument. The work will premiere in a concert in the greater Los Angeles area in September, 2010.

Michael’s previous commission for Hayni, the guzheng concerto Identity – Zhongshan Zhuang, has been performed multiple times in the United States and mainland China.